Robert Rotenberg is a criminal defence lawyer and a writer of crime thrillers whose courtroom dramas have the distinct and pleasurable whiff of authenticity.

“Rotenberg knows his criminal law and is intimately familiar with how the Canadian legal system works. But he never forgets that characters come first,” writes National Post’s Sarah Weinman.

Rotenberg’s first novel, Old City Hall, was a finalist for the UK Crime Writers Association John Creasey (New Blood) Dagger Award and Elle magazine (France) Best Crime Novel of the Year. His second novel, The Guilty Plea, was a finalist for the Arthur Ellis Best Novel award. Both are set in Toronto, which he has placed firmly on the international crime fiction map. His latest, Stray Bullets, travels to Pelee Island to solve a big-city crime.

“Toronto is a city in rapid transition,” says Robert. “At its core, Stray Bullets is about how, on a macro level the city, and on a micro level the main characters in the book, deal with the tragedy in their midst – a young boy felled by a stray bullet.”

Writing and the law battle for Robert’s attention, but writing came first. “I really can’t remember a time when I wasn’t thinking of stories,“ he says. But life got in the way of writing. Robert studied English literature, finished law school, drove a cab, took a masters in International Law at the London school of Economics, and travelled across Europe. Nine days after finally writing the bar exam in Toronto, he took a position in Paris as managing editor of the English-language  magazine, Passion. “I turned 30 in Paris,” he says, “living in a tiny basement apartment, working insane hours, with almost no money.”

He returned to Toronto, started and folded a magazine, considered working for Newsweek in New York City, worked as a film executive, spent a year as a producer at CBC Radio, and intermingled each adventure with some level of being broke. At 37, Robert finally returned to law – and started to write, mining the rich ore of courtroom drama that played out around him.

Rotenberg’s books are sold around the world and are currently in development with Shaftesbury Films and CTV to create a one-hour TV series based on the characters and stories from the first two novels. He lives in Toronto where he raises his kids, practices criminal law, and continues to write. 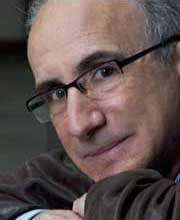 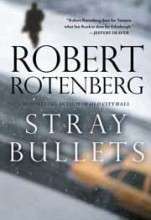