Robert’s latest book, WWW: Wonder, is the final installation in his Wake, Watch, Wonder triology that envisions what happens when the World Wide Web gains sentience via an implant in the mind of Caitlin Decter, a once–blind 15–year–old. In Wonder, this newborn entity, Webmind, goes to work to solve the world’s problems—but may also be eliminating the world’s hackers.

The first book in this series, Wake, won the Aurora, but that is only one of a plethora of honours this world–beloved furturist has received. Robert is one of only three writers to win the top three science fiction awards: he won the John W. Campbell Memorial Award for Mindscan>, the World Science Fiction Society’s Hugo Award for his Neanderthall Parallax books Hominids, Humans and Hybrids, and the Science Fiction and Fantasy Writers of America’s Nebula Award for The Terminal Experiment.

Robert’s Flash Forward, about a world event that causes everyone on earth to momentarily black out and experience a flash from their future lives, was made into an ABC Television series. Tellingly, the book was inspired by Robert’s twentieth high school reunion.

Robert married his high school sweetheart, Carolyn Clink, and has worked as a full–time writer since he was 23. His visions of the future, characteristically optimistic, have been featured on the Discovery Channel Canada, CBC Radio’s Ideas and TVO’s Big Ideas. Robert has also been consulted as a futurist by the Canadian Federal Department of Justice’s advisory panel on Canada’s genetic laws, and by corporate clients including Google, Kodak and Motorola. Among other things, he is a proponent of a three–day work week.

Robert now explores the future from his home in Mississauga, Ontario. 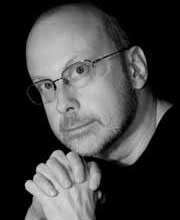 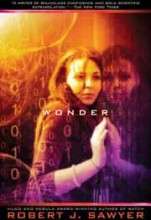