A former divorce lawyer, Roberta Rich published her first novel, the #1 bestselling The Midwife of Venice, to incredible acclaim in Canada, the United States, the UK, Germany, Spain, and Brazil, and proved that her career change was the right move. Writing for the Historical Novel Society, Ilysa Magnus calls it “a richly painted portrayal of life in 16th-century Venice and Malta. The sights and smells…are all succinctly captured by Rich.”

Now, she’s written the sequel. The Harem Midwife is a riveting and suspenseful tale that follows midwife Hannah and her husband Isaac, Venetians in exile, to exotic Constantinople, and into the Imperial harem of the Sultan Murat III. “The Harem Midwife boasts good writing, an entertaining plot, and two strong female characters,” writes e-newspaper Dawn, and Kirkus Reviews notes, “This earthy account will please Rich fans.”

In a Proust questionnaire, Roberta has said that her chief personal characteristic is curiosity, and her principal fault, nosiness, both qualities that contribute to her success as a writer.

Roberta divides her time between Vancouver and Colima, Mexico, and has one husband, one daughter, three step-children, a German Shepherd, tropical fish and many over-sexed parakeets. 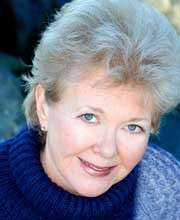 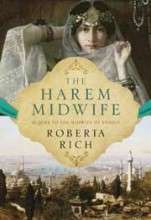