Robyn is an investigative journalist and the author of two books. She has been named Journalist of the Year by the Canadian Centre for Journalism, received a Michener Award for public service journalism for her reporting on Mayor Rob Ford, and was awarded a Landsberg Award by the Canadian Journalism Foundation, in association with the Canadian Women’s Foundation, for her Unfounded series on sexual assault claims in The Globe and Mail. “It’s incredibly rewarding that 37,000-plus cases are being reviewed,” Robyn Doolittle says, “that thousands of cases are being recoded, that hundreds of cases are being re-opened, and that there’s a shift in specialized [police] training.”

Robyn’s most recent book, Had it Coming: What’s Fair in the Age of #MeToo?, describes changing attitudes towards sexual violence in light of the #MeToo movement. The Tyee called her book, “incisive, impeccably researched, and deeply honest.” Zoe Whittall, author of The Best Kind of People, calls it “an unflinching look at the #MeToo era. . . . a decisive snapshot of this moment in history that considers where we were, and sets the stage for where we might go, and will no doubt be used to describe this moment long after we’ve moved on to a new normal.”

She lives in Toronto. 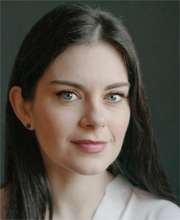