Roméo Dallaire made headlines when, as commander of the United Nations Assistance Mission for Rwanda, he exposed the failures of the international community to stop the worst genocide in the twentieth century. Shake Hands with the Devil: The Failure of Humanity in Rwanda won numerous awards, including the Governor General’s Award, and it was the basis of an Emmy Award–winning documentary as well as a feature film. And Dallaire’s personal story became news itself, when he revealed that he suffered from post–traumatic stress syndrome as a result of the atrocities he had witnessed.

His most recent book, They Fight Like Soldiers, They Die Like Children: The Global Quest to Eradicate the Use of Child Soldiers, examines the recruitment of child soldiers, which is, he says, “a weapon system that is itself a crime against humanity.” Child soldiers are easily indoctrinated and manipulated by military forces through intimidation, violence, and drugs—conditions that exist the world over. As he points out, “Man has created the ultimate cheap, expendable, yet sophisticated human weapon at the expense of humanity’s own future: its children.”

Retired after thirty–seven years with Canada’s military, Roméo Dallaire now sits in the Canadian Senate. A moving, candid, and inspiring speaker, he continues to be a champion of human rights and to work tirelessly for genocide prevention, the non–proliferation of nuclear weapons, and the elimination of the use of child soldiers. 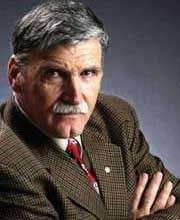 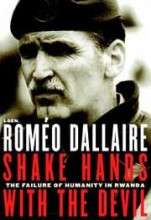 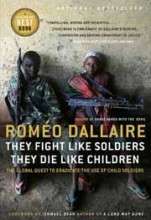