Ross is the author of The Judgment of Paris, Brunelleschi’s Dome, Michelangelo and the Pope’s Ceiling, Defiant Spirits: The Modernist Revolution of the Group of Seven, and Leonardo and the Last Supper. He is a two-time winner of the Governor Generals Award for Non Fiction (for The Judgment of Paris in 2006 and Leonardo and the Last Supper in 2012).  His newest book, Mad Enchantment:  Claude Monet and the Painting of the Water Lilies will be published in September 2016.  Born in Estevan, Saskatchewan, and raised in nearby North Portal, King holds degrees from the University of Regina, York University and University College, London.
King is known for his ability to take historical eras and figures, often ones that people think they know about, and show them to reader in a new and unexpected light. King began his writing career as a novelist. It was while researching a planned third novel, on the Renaissance architect Filippo Brunelleschi, that King made the switch to non-fiction. He realized, he told the Globe and Mail, that “In some ways it would do a disservice to Brunelleschi if I wrote the story as a novel.” The result was Brunelleschi’s Dome, his first excursion into popular art history. On his approach to his historical subjects, King says, “I want to write it like it’s a novel, but I’m not interested in making things up.”

Married to Meanie King, herself a writer, he now lives in Woodstock, near Oxford, England.

Appearing in: 3. Monet and His Water Lilies 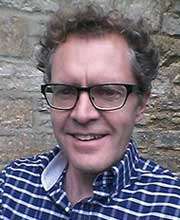