Over the past 20 years Rozena Maart has worked as a professor, researcher, consultant to women’s organisations, social justice organisations, and arts organisations, a theatre director, and a psychoanalyst in private practice. Somehow, during this time, she has also managed to write several award winning works of fiction.

Born and raised in Cape Town’s “District Six” neighbourhood—and forcibly evicted from it in the 1970s as a result of the apartheid government’s Forced Removals Act—she frequently writes on the issues of race, gender, and sexuality. Her collection of short stories, Rosa’s District Six, explores these themes through the angles of various interlinked stories, while her novel The Writing Circle uses rotating perspectives to reveal how the women in a South African writing group react when one of them is raped.

Quill and Quire has said of The Writing Circle that “the brutality that lies just beneath the sophisticated veneer of these women’s lives is depicted with honesty and immediacy, and is yet another reminder that violence against women knows no class boundaries. Told almost as a murder mystery (complete with a twist ending), the intertwining stories create a universal tale of profound suffering, grief, and, refreshingly, humour.”

In 1986, at the height of the anti—apartheid struggle, Rozena, together with four women, founded Women Against Repression, the first Black Feminist Organisation in South Africa. The following year, at age 24, she was nominated to the Woman of the Year award for her work in the area of violence against women.

Rozena currently lives in Ontario and teaches at the University of Waterloo. 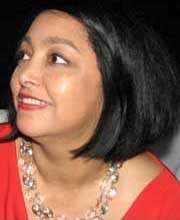 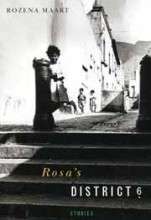