Ruth Ohi is captivated by the existential dilemmas of her daughter’s toys. And it’s a good thing she is: Ruth’s immensely popular series, Chicken, Pig, Cow, was born when Ruth first found the clay toys stuck inside a doorless popsicle barn. As a children’s writer and illustrator, Ruth imagines worlds and possibilities in everyday objects.

Adored by children and critics alike, Ruth’s books—now more than 50 of them—have been nominated for the Amelia Francis Howard–Gibbons Award, the Mr. Christie Award, the Shining Willow Award, the Marilyn Baillie Picture Book Award, the Governor General’s Award, and the Blue Spruce Award. Her books have also been named as “Baker’s Dozen: the Best Books for Family Literacy,” Ontario Librarian Association Best Bets, and Canadian Children’s Book Centre Best Books, and have been singled out for praise by The Canadian Toy Testing Council, Today’s Parent Bookshelf, and many more.

Living in North Toronto, Ruth works as both an illustrator for others and as an independent author/illustrator. When working with others, Ruth’s research incorporates everything from photos to hands–on engagement with the material; when she illustrates a story about a duck, she goes out and finds a duck egg to get the feel of it. She searches for the hidden elements of every story.

Her newest book, Chicken, Pig, Cow and the Class Pet, features her classic clean lines and amusing stories. Reviewers have hailed the series as “funny enough to keep parents entertained even if they have to read it fifty times, while at the same time being a fabulous adventure for all the kids.”

Ruth lives with her family in Toronto, where she is the 2011–2012 Writer in Residence for the Toronto District School Board. 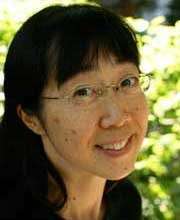 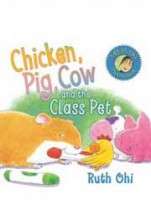