Saleema Nawaz is considered one of the country’s most promising young voices.

Her first novel, Bone and Bread, was one of the most highly anticipated debuts of the 2013 season and her debut story collection, Mother Superior, was chock full of award-winners, including “The White Dress,” which won the Robert Kroetsch Award for Best Creative Thesis at the University of Manitoba, and My Three Girls, which won the Journey Prize.

“I think she’s going to go extremely far and be one of our best-known writers,” predicted Melanie Little, her editor as Freehand, which published Mother Superior. “I think that we’re just beginning to hear what she’s got to tell us.”

In Bone and Bread, Saleema follows the story of two sisters who were first introduced in the Mother Superior story “Bloodlines.” Beena and Sadhana live above a Montreal bagel shop operated by their uncle. Orphaned through the sudden deaths of their Indian father and Caucasian mother, the girls are intensely close, though physically very different. The novel begins twenty years later, with the death of Sadhana from anorexia and its complications, and recounts Beena’s struggle to figure out how the sisters grew apart and why Sadhana died.

Saleema got the idea for the story one morning while sitting on her Montreal balcony, enjoying the smell of bagels wafting from Fairmount Bagel next door. She tried to rein it as a short fiction, but this narrative of two young women alone – one pregnant, one with an eating disorder, both losing their monthly periods for vastly different reasons – insisted on the scope of a novel.

Saleema was born in Ottawa, the only child of a Caucasian mother and absent Indian father. While studying English at the University of Manitoba, she trained as a yoga teacher, which she hasn’t made a career, but which is intrinsic to her novel. She now lives in Montreal, Quebec, where she works in administration at McGill University and lives with her husband Derek Webster, founding editor of Maisonneuve. 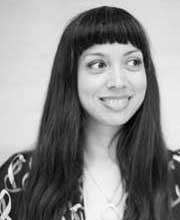 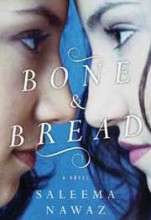