Human rights activist, humanitarian, documentary-maker, and journalist Sally Armstrong spent the last twenty-five years reporting on women and girls in war zones around the world – and delivering the news that counts.

A contributing editor for Maclean’s and Chatelaine, she was one of the first to bring attention to the plight of women in Afghanistan under the Taliban. From Bosnia and Somalia to the Middle East, and from Rwanda and the Congo to our own backyards, her riveting eye-witness reports have earned her numerous awards and honours, including the Gold Award from the National Magazine Awards Foundation, the Author’s Award from the Foundation for the Advancement of Canadian Letters, and the Canadian Journalism Foundation’s Lifetime Achievement Award.

A former high-school gym and English teacher, Sally began her journalism career at Canadian Living magazine, going on to become Editor-in-Chief of Homemakers. Convinced that her readers deserved more than recipes and fashion advice, she quickly gained a reputation for her moving, in-depth, and unflinching coverage of women’s untold stories.

The author of four previous books – including a biography of Mila Mulroney, a fact-based novel about her unconventional settler foremother, and two best- selling nonfiction works about women in Afghanistan – her latest is the stirring and provocative Ascent of Women, in which she makes the case that despite ongoing atrocities and oppression, the world is witnessing a new age of progress for women.

“From Tahrir Square to Senegal, Armstrong discovers that the sisters are doing it for themselves – and revolutionizing the world,” says Michelle Landsberg. “How she has seen the worst and still believes in the best is nothing short of inspiring,” adds the Globe and Mail.

Amongst the vast array of her humanitarian involvements, Sally is one of the founders of Willow, a resource for breast cancer support in Canada. A member of the Order of Canada and a three-time Amnesty International Award-winner, she lives in Toronto. 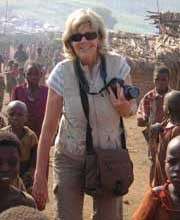 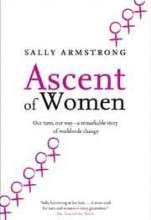