Sam McKegney is a settler scholar of Indigenous literatures and an Associate Professor at Queen’s University in the territory of the Haudenosaunee and Anishinaabe Peoples. He has published two books—Masculindians: Conversations about Indigenous Manhood, and Magic Weapons: Aboriginal Writers Remaking Community after Residential School—as well as numerous articles on such topics as masculinity, environmental kinship, prison writing, and mythologies of hockey.

Sam has won multiple awards for teaching and research, including the Queen’s University Award for Excellence in Research, and was co-recipient of the Queen’s University Human Rights Initiative Award, along with the other members of the Kahswentha Indigenous Knowledges Initiative. Along with fellow Kingston WritersFest author and colleague Armand Garnet Ruffo, Sam is a member of the Indigenous Literary Studies Association, which was formed to address the need for “a network dedicated to discussing, promoting, celebrating, and fostering relationships around the ethical study and teaching of Indigenous peoples’ literatures in Canada”. He has served as co-chair on the board of the Indigenous Voices Awards, working to amplify the voices of Indigenous authors.

Sam lives in Kingston, Ontario with his family. 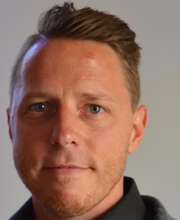