Not content to recount the facts of her historical subjects’ lives, Sandra Gulland aims to recreate their worlds–the sights, sounds, scents, and textures of Napoleonic France or the court of Louis XIV. She puts herself in her characters’ shoes, literally, travelling to Paris to pace the gilt hallways of their palaces and riding through the French countryside. She even dresses up in gowns they might have worn.

It’s a research strategy that works. Sandra’s first book, The Many Lives and Secret Sorrows of Josephine B., about the early life of Josephine Bonaparte, has been called “a reader’s bliss.” Together with the next two installments of what became the Josephine B. trilogy–Tales of Passion, Tales of Woe and The Last Great Dance on Earthit has sold more than a million copies worldwide and has been translated into thirteen languages.

Mistress of the Sun, Sandra’s most recent book, out this year in paperback, tells the story of Louise de la Vallière, one of Louis XIV’s least-known but most unusual lovers–a woman who, despite a limp, could ride standing on a horse’s back. A “captivating jewel of a novel, Mistress of the Sun is an Editors’ Pick at Historical Novels Review.

Born in Miami, Florida, Sandra has lived in Brazil, California, Labrador, and Toronto. Today she divides her time between Killaloe, Ontario, and San Miguel de Allende, Mexico. Recently, she finished a draft of her next book, tentatively titled The Beginning of Magic. Set once again in the 17th century world of the Sun King, it focuses on the amazing theatrical renaissance of the period. 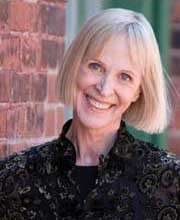 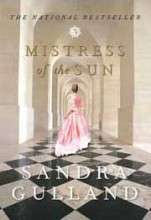