Sarah MacLachlan has worked in publishing for 25 years. From her beginnings in the publicity department of Oxford University Press in Toronto, she moved to Publicity and Marketing at Little Brown, where she worked with literary notables Richard Ford and Nancy Huston as well as bestsellers Maeve Binchy and Joanna Trollope. After a stint as head of Publishers Group West, she was hired as President of the legendary literary publisher, House of Anansi Press; she’s now Publisher of Anansi.

Sarah heads a firm with a rich history. In 1967, when writers Dennis Lee and Dave Godfrey established the press, Jack McClelland of McClelland and Stewart predicted that it wouldn’t last eighteen months. Instead, it has lasted more than forty years, and in 2007 and again this year was named Publisher of the Year, beating out the big multinationals such as Random House, HarperCollins, and Penguin.

Long known as a risk–taking press, Anansi has fostered some of the finest writers in CanLit, including Margaret Atwood, Matt Cohen, and Michael Ondaatje, and has facilitated the translation of works by Roch Carrier and other important French–Canadian writers into English.

As publisher, Sarah maintains her involvement in acquisitions and shares responsibility for acquiring Canadian rights to foreign books for the press.

She lives in Toronto with her husband, Noah Richler. 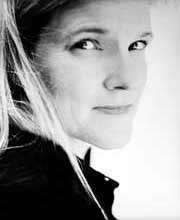