“Tsiang is bound to become a formidable voice in Canadian poetry,” Helen Humphreys says of Sarah Tsiang, one of Kingston’s newest writers.

Not only is Sarah good at what she does, she is prolific. In less than three years, she has published five books, including three children’s picture books, a book for older children, and a collection of poetry, Sweet Devilry, which iconic Canadian poet Susan Musgrave says puts “a stake through the heart of any romantic notions we might have that motherhood and the creative process are not compatible.” This wonderful debut collection just won the Gerald Lampert Memorial Award.

Stay tuned: this poet and children’s author has more on the way.

Sarah is currently editing Desperately Seeking Susans (Oolichan, 2012), an anthology of poems by writers named Susan (or some derivative). Already the project is attracting widespread attention. Asked why she chose this project, Sarah told Maclean’s, “It’s impossible to ignore this bizarre coincidence of having so many great Canadian poets named Susan.”

Sarah’s first children’s book, A Flock of Shoes, earned a starred review from Quill and Quire, was named a “10 Best Bets” book by the Ontario Library Association, and has been translated into both Korean and French. In 2011, Sarah added not one but two new releases to her library: a children’s book, Dogs Don’t Eat Jam and Other Things Big Kids Know and Sweet Devilry.

She has not slowed her creative pace. Already this year, Warriors and Wailers: One Hundred Ancient Chinese Jobs You Might Have Relished or Reviled is on the shelves. This summer, watch for another children’s book, The Stone Hatchlings. The Susan anthology is also due out late this summer.

Sarah, who studied in the University of British Columbia’s MFA program under Canadian poet Susan Musgrave, is a founding member of a local poetry writing group called the Villanelles. She lives in Kingston, balancing motherhood and family life with her exploding writing career. 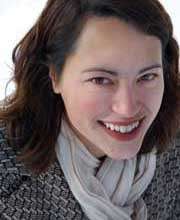 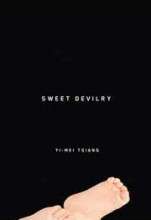