“After six books, I know that there is nothing I like doing better than writing, than inventing stories, than trying to create within the pages of a book a world that is different, or more explicit, than the one in which I live,” says author Shani Mootoo.

Her latest book, Moving Forward Sideways Like a Crab, is a powerful portrait of gender, identity, and friendship. Mootoo explores the urge to leave one’s native country to find a sense of belonging and permission to be oneself. The story moves between Toronto and Trinidad, where Shani spent her childhood and from where she believes her “brand of language” springs.

“Mootoo has an impeccable ear…authentic and powerful,” writes The New York Times Book Review of the new book. “A writer with a generous spirit and a gift for storytelling,” The Globe and Mail declares.

Shani was born in Ireland, grew up in Trinidad, and immigrated to Vancouver more than thirty years ago. She lives in Prince Edward County. 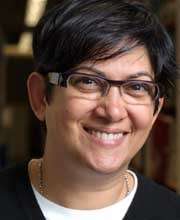 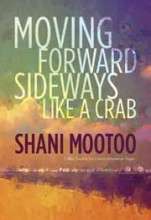