If she could relive one day, Shelagh Rogers says she would have to choose between interviewing Leonard Cohen and exploring the land in the Torngat Mountains with the Labrador Inuit. This says a lot about what’s most important to Canada’s premier literary radio host: “the great artists and great people of our great land.”

How did she become the queen of Canadian public radio? She got her start here in Kingston, hosting a classical music program at Queen’s University CFRC. In 1980, she joined CBC Radio, becoming sidekick to the inimitable Max Ferguson and part of the wildly popular Humline Trio on Basic Black. In 1986, she interviewed Peter Gzowski about his plans to raise money for literacy through golf, and Peter invited her to read the listener mail on his program Morningside.

Shelagh went on to become a charming and provocative host in her own right. She hosted local current affairs programs before becoming the founding host of The Arts Tonight. In September of 2000, she began two years as host of CBC Radio’s flagship daily current affairs program This Morning, which morphed into Sounds Like Canada. Today, Shelagh is the voice of CBC’s only Canadian literary arts program, The Next Chapter.

Shelagh is heavily involved in the Canadian aboriginal reconciliation project. She first realized the importance of reconciliation in 2008, when working alongside Sue Campbell on Our Home and Native Land, a series that examined Indigenous issues. Recognizing the profound impact the legacy of residential schools had left, Shelagh began focusing her efforts towards reconciliation between Indigenous and non-Indigenous people.

She became an honorary witness for the Truth and Reconciliation Commission of Canada (TRC), and received the NCSA Award from Native Counseling Services of Alberta. She co-edited a book called Speaking My Truth for the Aboriginal Health Foundation (AHF), and firmly believes in resetting our country’s narrative by giving a voice to those who haven’t been heard. In 2010, she was made an Officer of the Order of Canada “for her contribution as a promoter of Canadian culture, and her volunteer work in the fields of mental health and literacy.”

A passionate ocean swimmer, Shelagh doesn’t feel the cold at all, taking part in many New Year’s Day polar-bear dips. She was awarded a John Drainie Award for Significant Contribution to Canadian Broadcasting, an Honourary Doctorate from the University of Western Ontario and a Certificate for best spring-roll maker and egg cracker from Mitzi’s Sister Restaurant in Toronto. All this, and a graduate of Queen’s University, too. 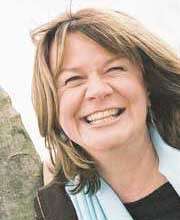