Shelley Tanaka is an editor, award-winning author of children’s nonfiction, a translator, and a writing teacher. She has been the fiction editor at Groundwood Books, a Canadian children’s book publisher, since 1983 and has edited books by many Canadian writers, including festival alumni Tim Wynne-Jones, Sandra Gulland, and Deborah Ellis. She is the editor of thirteen Governor General’s Award winning books.

Her books include the YA novel, Nobody Knows, a heart-wrenching novelization of a Japanese film by Hirokazu Kore-eda, and the children’s books The Heat Is On: Facing Our Energy Problem, On Board the Titanic, Amelia Earhart: Legend of the Lost Aviator, and Attack on Pearl Harbour, to name a few.

Her latest project is White as Milk, Red as Blood: The Forgotten Fairy Tales of Franz Xaver von Schönwerth. The collection, which Shelley translated from the recently re-discovered 150-year-old German text, is illuminated with wood-cut style illustrations by award-winning artist Willow Dawson. This decidedly adult collection of stories are “darker, bawdier and racier than anything we find in Disney or the Grimms”.

Appearing in: Why YA: Childrens’ Authors on Kidlit, Keeping Secrets: YA Fiction, Saturday Night SpeakEasy 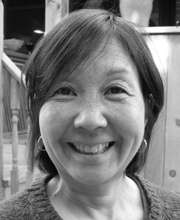