Sideshow is a radio host, announcer, musician, and father. His voice has been heard on K-Rock 105.7 for more than a decade, across the country on syndicated programs, and inside Rogers K-Rock Centre at Kingston Frontenacs games. He was a 2018 nominee for best Program Director in the small station category of Canadian Music Week’s Music & Broadcast Industry Awards.

Sideshow was born in Kingston and grew up in Odessa and Wilton. His love for music started at a very young age, and customers of the Wilton General Store may remember a wee Sideshow sitting on the counter strumming his guitar. He may not have known a single chord at that time – he was 3, after all, but by age 8 he had won second prize in the Odessa Fair talent show. After high school, Sideshow went to Loyalist College in Belleville to study Radio Broadcasting, and the rest is history! 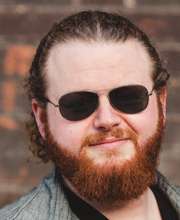