As a poet, Stephanie Bolster says that she is most interested in perception and representation, the visual arts, domestic spaces, and the iron-and-glass constructions of the nineteenth century. Her most recent project, having to do with zoos and gardens, emerges from these interests. A Page from the Wonders of Life on Earth was released last fall. Stephanie says, “[The project] provokes questions about where does nature end and art begin. What does a shaped landscape mean? The cage as a frame.”

Stephanie was among the early graduates of the Master of Fine Arts in creative writing from the University of British Columbia. Her career got off to a stellar start in 1996, when she received the Bronwen Wallace Award for Poetry, named for the beloved Kingston poet – an award reserved for promising young poets who have yet to publish a collection of poetry.

Two years later, Stephanie’s first published collection, White Stone: The Alice Poems, won the Governor General’s Award. White Stone examines the life of Alice Liddell, the girl on whom the Alice in Wonderland story was based. Her next collection, Two Bowls of Milk, won the 2001 Lampman-Scott Award and was a finalist for the Trillium Award.

In all, Stephanie has written four books of poetry, four chapbooks, and her work appears in more than a dozen anthologies and journals. Her work has been translated into French, and has appeared in literary journals around the world.

Born and raised in Vancouver, Stephanie now lives near Montreal and teaches in the creative writing programme at Concordia University. She edited the The Ishtar Gate: Last and Selected Poems of Diana Brebner, and is working on her first novel. 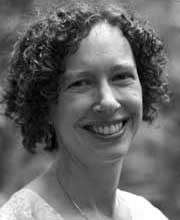 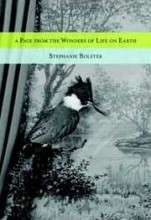