Stephen Brunt, former lead columnist for The Globe and Mail, began as an arts intern there in the 80s. He moved quickly from writing arts to news to sports, an area of journalism that has been his focus ever since. Along with several national newspaper awards, he won the Michener Award for public service in journalism for his series on negligence and corruption in boxing.

Stephen has also authored seven books including Gretzky’s Tears, and the #1 national bestselling Searching for Bobby Orr. Facing Ali, his biography of boxing great Muhammad Ali, was listed as one of the ten best sports books of the year by Sports Illustrated.

All the Way: My Life on Ice is co-written with Jordin Tootoo–the first player of Inuk descent to ever suit up for the NHL. All the Way tells the story of someone who has travelled far from home to realize a dream and nearly fallen short in the toughest game of all, but who has found a way to draw strength from his community and heritage–and to give back to it as well.

Stephen is currently with Sportsnet, co-host on The FAN 590’s Prime Time Sports with Bob McCown, and a contributing writer for Sportsnet Magazine and sportsnet.ca. He lives in Hamilton, Ontario, with his wife and children, and summers in Winterhouse Brook, Newfoundland. 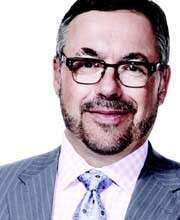