No matter your political leaning, most people can sense the catastrophe that America is barreling towards. Stephen Marche, author of half a dozen books, including The Unmade Bed: The Messy Truth about Men and Women in the Twenty-First Century (2016) and The Hunger of the Wolf (2015), tackles the looming threats to the American experiment in his new book, The Next Civil War: Dispatches from the American Future.

The New York Times Book Review calls  The Next Civil War, “required reading for anyone interested in preserving our 246-year experiment in self-government.” It is a deeply researched piece of speculative nonfiction that takes a divided America and imagines five nightmarish possibilities most likely to spark chaos in the United States.

Stephen lives in Toronto with his wife and children. 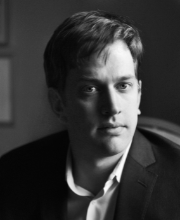