When convicted bank robber Stephen Reid won the $5,000 City of Victoria’s Butler Book Prize in 2013, he told Susan Musgrave–an acclaimed Canadian writer and Reid’s wife of 27 years–that it was his “best jury decision ever.”

A Crowbar in the Buddhist Garden earned praise from the three-member jury: “Framed by a sharply observed, imaginatively speculative and risky exploration of beachcombing,” they wrote, the book “is a prison ethnography taut with wit and humanity.”

In a collection of harrowing essays, Stephen chronicles his experiences as an addict, criminal, author and prisoner. “Being behind bars for so much of my life,” he writes, “has taught me that everything is bearable, that sorrow must be kept close, buried in the secret garden.”

Stephen, 64, has been on day parole since February 2014 after serving 15 years for bank robbery and attempted murder. His first book, Jackrabbit Parole, was written during a previous 21-year prison sentence for bank robbery. Stephen married Musgrave in 1986, and was a celebrated writer and creative writing teacher until his dramatic, addiction-fuelled fall from grace.

Asked about his plans, Stephen replies that he aims to “put back into the world what good I can.” 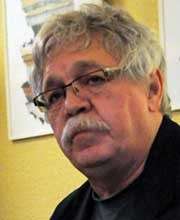 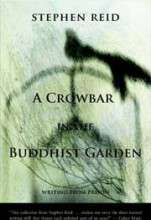