Like many Canadian kids, Stephen Smith was obsessed with hockey. But he wasn’t a very good player. “I thought I could improve by reading about it, and then I could be in the NHL—which I can confirm doesn’t really work,” says Stephen with a laugh.

Luckily for readers, his literary powers proved better than his skating. Puckstruck: Distracted, Delighted, and Distressed by Canada’s Hockey Obsession, Stephen’s first book, is a lively chronicle of hockey’s literature, language, and history.

Stephen seeks to discover what the game has to say about who we are as Canadians and to answer some essential riddles. Can hockey make you a better person? Where did the hook check go? Should those men really be permitted to keep punching each other in the head? The often-irreverent book, which doesn’t shrink from looking at the game’s darker side, was longlisted for the RBC Taylor Prize.

Roy MacSkimming, author of Gordie: A Hockey Legend and Cold War: the Amazing Canada-Soviet Hockey Series of 1972 writes, “With a masterful lightness of touch, Stephen Smith takes us on a magical mystery tour of all the hockey books worth reading, revealing the Game’s joys and darkness, its poetry and cruelty, its inescapable hold on our hearts… Hockey fans will eat it up.”

Stephen’s stories have appeared in Geist and McSweeney’s. He has written for The Globe and Mail, Toronto Life, Canadian Geographic, Outside, and The New York Times Magazine. He lives in Toronto, where he tends a blog. He shoots left.

Appearing in 34. He Writes! He Scores! Seeking the Best Hockey Book Ever 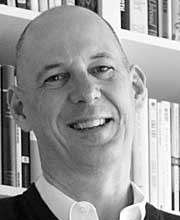 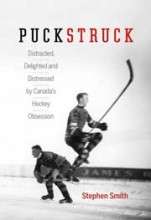