Though still in his 30s, Steven Galloway is a master. His third book, bestselling The Cellist of Sarajevo propelled him to international attention. Now, six years later, Steven brings us a beautiful, suspense-filled novel devoted to the life and sudden death of Harry Houdini.

Love and illusion, fame and ambition, the magician and the man who killed him; The Confabulist weaves the story of the man and the magician in a time when the Romanovs were alive, Conan Doyle was penning his Sherlock Holmes series, and Spiritualists were all the rage. In the National Post, Zoe Whittall says, “a good novelist can make anything worth your while. And Galloway is nothing if not a good novelist…The Confabulist, his fourth novel, is a stunning achievement.”

Winner of the Borders Original Voice Award and the George Ryga Award for Social Awareness in Literature, Steven has also been nominated for the International IMPAC Dublin Literary Award, the Scotiabank Giller Prize, the Canadian Booksellers Association Fiction Award, and the Amazon.ca/Books in Canada First Novel Award.

Associate Professor and Acting Chair of UBC’s Creative Writing Program, he lives with his family in New Westminster. In his spare time he organizes shuffleboard games and photoshops squirrels into friends’ photos. 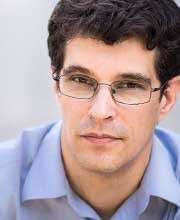 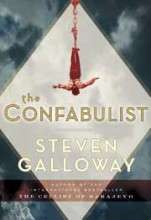