Steven Heighton thinks of himself first neither as poet nor novelist, but “simply as a writer whose impulses sometimes demand narrative presentation and, at other times, lyrical treatment.” This spring, Steven launched both a collection of poems, Patient Frame, which Quill and Quire describes as a work of “tremendous range,” and Every Lost Country, which the Toronto Star calls “a glorious novel.”

Steven’s travels in Asia in the 80s have at times informed both his poetry and his prose. He was in Chinese-occupied Tibet in 1986, soon after it was first opened to travellers and just before it was closed again in the wake of a Tibetan uprising. Every Lost Country represents an imaginative return to the “lost country” of the title. The Globe and Mail calls the story “a thriller with big ideas” and likens Steven to Joseph Conrad. He has also been named “a young Ondaatje.” But perhaps Al Purdy put it best when he called Steven “one of the best writers of his generation, maybe the best.”

Steven’s poetry collection, Stalin’s Carnival, won the Gerald Lampert Award, and his novel Afterlands, which the Daily Express UK called a “triumph” and a “masterpiece,” was named an Editors’ Choice by the New York Times Book Review and has been optioned for film. Among his many other honours, most recently he was the recipient of a 2010 K.M. Hunter Award in the Literature category.

Steven was born in Toronto. A graduate of Queen’s University, he now makes his home in downtown Kingston near McBurney Park—the neighbourhood popularly known as the “Writers’ Block.” 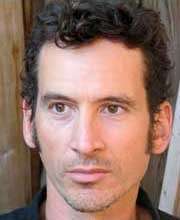 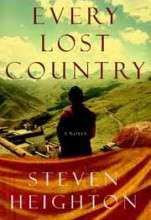