Steven Heighton is an eclectic, multiple award-winning writer, who has published in half a dozen genres, including numerous novels, collections of essays, poetry, memoir, reviews, and short fiction. His debut album, The Devil’s Share releases this year.

His most recent works include the Governor-General’s Literary Award-winning poetry collection, The Waking Comes Late, the novel, The Nightingale Won’t Let you Sleep, and the memoir Reaching Mithymna, which was a finalist for the Hilary Weston Writers’ Trust Prize for Nonfiction.

Selected Poems 1983–2020 showcases Steven’s work both previously published and new, which the Toronto Star says “represents a remarkable moment in a remarkable career.” Quill & Quire praise the him for “centring his work in the wider world as a lyrical experimentalist and metaphysical philosopher with a formalist’s ear.”

Steve was born in Toronto. A graduate of Queen’s University and, more recently, a writer-in-residence there, he has lived in Kingston for thirty years. He is a past Kingston WritersFest Board member, and a repeat Festival alumnus.

Appearing in:
23. Selected Poems: A Mid-Career Retrospective
WS2. No Story Begins Until The Word But 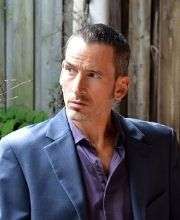 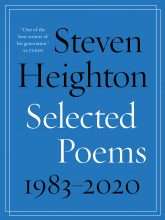