When Susan Musgrave at 14 was committed to a psychiatric hospital after a particularly intense LSD trip, the poet Robin Skelton came to visit her, read her poetry, and declared, “You’re not mad, you’re a poet.” He published six poems in The Malahat Review later that year. In 1970, when she was 19, her first volume of poems, Songs of the Sea-Witch, was published. Of it, her grandfather said, “Even Shakespeare had to write a lot of rubbish to begin with.”

Since then Susan has published nearly 30 books, including poetry, novels, children’s books, and essays. She also recently edited Force Field: 77 Women Poets of British Columbia. Her laurels include the bp Nichol Poetry Chapbook Award and the National Film Board’s Kathleen Shannon Award, as well as four nominations for the Governor General’s Literary Award, most recently for her poetry collection Origami Dove. “It’s trademark Musgrave, gutsy and dexterous, trading off the emotionally raw for the comedic in lyrical snapshots,” writes The Globe and Mail.

In Susan’s latest book, Given, follow-up to Cargo of Orchids, quirky characters Rainy, Frenchy, and narrator X are back.

Susan was born in California, and lives on Haida Gwaii, also known as the Queen Charlotte Islands, an archipelago on the north coast British Columbia. She is married to writer Stephen Reid. 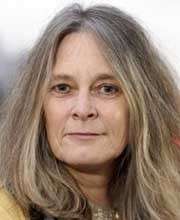 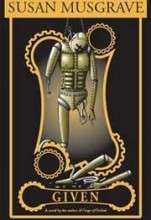 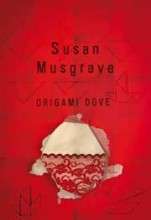