“Prairie Ostrich began as a short story in a creative writing class,” says author Tamai Kobayashi. Then the tale grew epic and she was forced to cut it down. “’Kill your darlings,’ [writer William] Faulkner said. I killed half the town!” Tamai recalls.

Now, Prairie Ostrich, her debut novel, focuses on two main characters: a bookish, Japanese Canadian child called Egg Murakami, and her big sister, Kathy, who live on their family’s ostrich farm in southern Alberta. It is the story of coming out, and coming of age, in a sleepy rural town and a family where the ties that bind may be the ties that set you free. “The Murakami family is not happy. But in the hands of Tamai Kobayashi, their story becomes a drama of rare insight and virtuosity,” McNally Robinson Booksellers writes.

Born in Japan and raised in Canada, Tamai is a writer, songwriter, and videographer who has lived in Calgary, and now calls Toronto home. 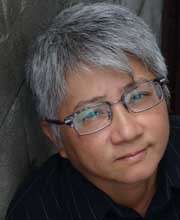 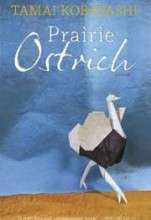