“With Tanis Rideout’s debut, a major new voice in Canadian fiction arrives,” says Canadian novelist Joseph Boyden. Tanis’s stunning first novel, Above All Things, follows George Mallory’s ill-fated 1924 attempt to be the first man to conquer Mount Everest, skillfully weaving Mallory’s story together with that of a single day in the life of his wife as she waits at home in England for news of his return. Drawing on years of research, this powerful and beautifully written novel is a timeless story of desire, redemption, and the lengths we are willing to go for honour, glory, and love.

Tanis was named Poet Laureate of Lake Ontario in 2006 by the environmental group, Lake Ontario Waterkeeper, and she has partnered with Gord Downie and Sarah Harmer on several tours to promote environmental justice. Arguments from the Lake, the haunting cycle of poems that resulted in part from her environmental explorations, won second place in the 2009 CBC Literary Awards. Contest judges praised it for invoking a sense of timelessness and wonder. Her commitment to environmental causes is so great that she published her first collection on her own, making all the books by hand from recycled materials.

A lively and engaging performer, Tanis has appeared on CBC Radio, BookTelevision, ZeD and Citytv and she is a popular repeat guest at the Wolfe Island Literary Festival. Her work has been published in numerous quarterlies and magazines and has been shortlisted for the Bronwen Wallace Memorial Award, among others.

Tanis was born in Belgium, but as a self-described army brat, she grew up in various places around the world. Currently, she divides her time between Toronto and Los Angeles. Still, when people ask her where she comes from, she tells them she hails from Kingston. “It’s the place I’ve lived longest in my life. It’s home.” 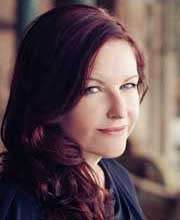 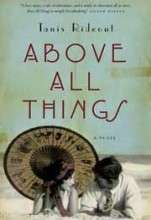