On the night of March 24, 1944, eighty Commonwealth airmen crawled through a 400-foot-long tunnel to the forest beyond the wires of Stalag Luft III, a German prisoner-of-war compound. This event is the subject of Ted’s latest book, 2014 Libris Best Non-Fiction Book Award winner The Great Escape: A Canadian Story. Ted has marshaled groundbreaking research to write a compelling firsthand account of the key players in the escape attempt, those who got away, those who didn’t, and their families at home.

Writing military history wasn’t Ted’s first choice. His writing career began in a search for stories, and, like his father Alex Barris before him, he has established a solid reputation for getting the facts straight and telling history well.

As well as hosting stints on CBC Radio and regular contributions to the Globe and Mail and National Post, Barris has authored 16 non-fiction books, including Juno: Canadians at D-Day, and Vimy: Canada Comes of Age, April 9-12, 1917, and is a professor of journalism at Centennial College. He also writes a weekly newspaper column, The Barris Beat–originated in the Globe and Mail in the 50s by Ted’s father–for The Uxbridge Cosmos.

”Our history has a friend in Ted Barris,“ said Hon. Col. John Selkirk. “The stories of individual Canadians and their extraordinary achievements will never be lost if they are in his hands.” 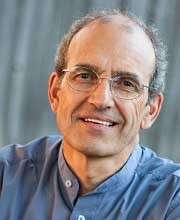 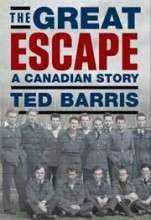