Pick up a Best Fiction list for 2011 and you’re likely to find Teju Cole’s first novel Open City. Comparisons to J.M. Coetzee, Virginia Woolf, Gustav Flaubert, W.B. Sebald, and Albert Camus abound. With only two published works to his name, the Nigerian-born Teju has already established his place on bookshelves around the world.

Open City creates a “secret kinship of readers in all countries who don’t know each other” but who feel at home in the story, writes The Wall Street Journal. As in his earlier novella Every Day is for the Thief, Open City is alive with deft visual awareness: it is there in the small moments – his description of a marathon runner crossing the finish line in his “long black gloves that somehow reached up to his elbows” and “sparrows…darting in and out of the network of coves formed by the bare trees and the interlocking arches of the university’s buildings.” According to The New Yorker, Teju endeavours to “defeat solitude with writing.”

A citizen of the world, street photographer, and art historian, Teju reflects his broad experience in the richness of his prose. The international appeal of Open City begins with the title and its evocation, not just of 1940s Brussels and contemporary New York City, but of all cities that have ensured their future by meeting war with open gates, crossed fingers, and the hope that no defense is sometimes the only defense.

Teju has contributed to the New York Times, Qarrtsiluni, The New Yorker, and Tin House and is currently at work on a book-length nonfiction narrative of Lagos. Born in the United States and raised in Nigeria, Teju currently lives in Brooklyn, New York. 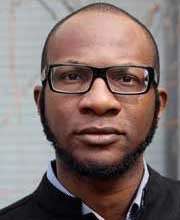 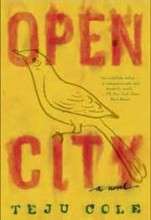