Tessa McWatt’s memoir, “Shame On Me rises to a crescendo of such beauty and grace in its final chapter—a call to activism and resistance—that it left me breathless with the intensity of my own listening.” (Rebecca Stott)

Tessa is the author of eight works of fiction, including two children’s books. Her novel Dragons Cry was nominated for the Governor General’s Literary Award. The Globe and Mail says of her novel vital signs, “McWatt has a stirring ability to echo the pull of tides and the tremors of the earth within the human body.”

Shame on Me: An Anatomy of Race and Belonging is Tessa’s first work of nonfiction and won the Eccles British Library Award as well as the Bocas Prize for Non-Fiction. Of mixed ancestry, born in Guyana and raised in Canada, Tessa’s writing “operates with surgical precision upon the necrotic legacies of race, affirming kinship and solidarity against the ongoing violence of silence and denigration,” says author David Chariandy.

Tessa was the librettist for the chamber opera The Knife of Dawn, a one-person show about the incarceration of Guynanese activist Martin Carter, composed by Hannah Kendall. She has another opera in the works.

Tessa lives in London, England, and is a Professor of Creative Writing at the University of East Anglia. 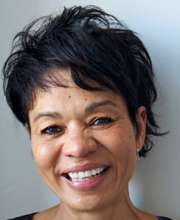