Thomas King describes his first attempts at the novel as “penny-dreadful things about American astronauts hidden away on college campuses pursued by Russian agents – real pukey stuff.” Meeting Helen Hoy drove him to take his writing more seriously. “I had nothing else to impress her with, so I thought maybe I could impress her with my writing.” It worked; they’ve been together ever since.

King published his first novel, Medicine River, in 1989, to critical acclaim. He quickly followed it with a children’s book, A Coyote Columbus Story, and his second novel, Green Grass Running Water, both of which were nominated for Governor General’s Awards. In 2003, he was the first Indigenous person to deliver the Massey Lectures, The Truth About Stories: A Native Narrative. A year later, he was inducted as a member of the Order of Canada.

Margaret Atwood has said that his stories “ambush the reader…They get the knife in not by whacking you over the head with their own moral righteousness, but by being funny.” His new book, The Inconvenient Indian, is no exception. A narrative history that recounts the parts of history left out of many history books, it is, as The Globe and Mail calls it a “powerful, important book.” King is “wise, hilarious, incorrigible, with a keen eye for the inconsistencies that make us and our society flawed, enigmatic, but ultimately powerful symbols of freedom. The Inconvenient Indian is less an indictment than a reassurance that we can create equality and harmony.” 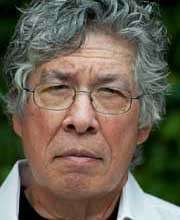 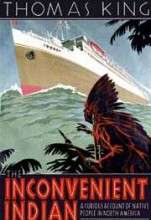