On April 9, 1917, more than 100,000 Canadian soldiers assaulted German positions on Vimy Ridge in northern France. Over the course of four days more than ten thousand were killed or wounded, but the Canadians succeeded where the allies had failed, decisively defeating their opponents. Glory enough, but over time the legend blossomed and mutated. Vimy: The Battle and the Legend, is military historian Tim Cook’s latest book. It examines both the battle and the way memories and myth have evolved over 100 years, until today, when Vimy is often seen as the day Canada truly became a nation. The Chronicle Herald praises the book’s “accuracy, thoroughness, explanation, interpretation, significance and, perhaps most important of all, “storytelling”…a highly-readable, interesting and informative narrative… there is no one better equipped to retell the Vimy story than Cook.”

Tim is a historian at the Canadian War Museum, and an adjunct professor of history at Carleton University. He is the author of nine books, including At the Sharp End, which won the J.W. Dafoe Prize and Shock Troops, winner of the Charles Taylor Prize for Literary Non-Fiction. He is member of the Order of Canada, and received the Pierre Berton Award for popularizing Canadian history. 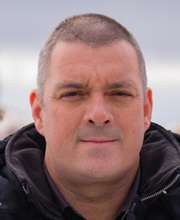