The wild imagination of writer Tim Wynne-Jones roams the “rough and tumble” landscape he calls home – 76 acres near Perth, Ontario – a stretch of terrain that has featured prominently in his writing over the last 20 years. And in that time he has written plenty: 3 adult novels, 9 YA novels, 3 collections of YA short fiction, and 18 picture books.

Tim started out in architecture. “That was before the school decided that maybe it would be better if I didn’t design anything that people were actually going to enter,” says Tim. He left to join a rock band, Boogie Dick and met his wife, author and illustrator Amanda Lewis, while house-sitting in Stratford one summer. Amanda, daughter of author Laurie Lewis, was working at Fanfare Books, owned by her grandmother, who became another Kingston author Ellen Stafford.

Tim’s first full-time job was as a book designer. “Canadian literature was on fire,” he says of the time. “I liked living in a world of books and book talk.” He started his own book design firm, then went to York University for an MFA, where he was so bored that he wrote a novel, Odd’s End, which won the Seal First Novel Award (which came with a $50,000 purse).

Although he wrote two more adult novels, Fastyngane and The Knot, he is best known as a writer of children’s books. His first, Zoom at Sea, was inspired by watching his cat Montezuma (Zoom) playing with drips falling from the tap. The result was a tale of a cat that goes to sea in a miraculous house. He went on to write three more Zoom books and 14 other children’s pictures books.

Tim has also written nine young adult novels, including The Maestro, which won the Governor General’s Award, and The Boy in the Burning House, which won The Edgar Allan Poe Award for best young adult crime fiction. His latest novel, Blink & Caution, won the Boston Globe-Horn Book Award and the Arthur Ellis Award for best juvenile/YA novel. As well, he has published three collections of YA short fiction, including Some of the Kinder Planets, which won him his second Governor General’s Award.

Tim has produced considerable critical writing, too, including “The Selfish Giant: The Adult Writing for Children” and “The Apprehension of Audience: The Difference Between Writing for Adults and Children.”

Tim still plays rock-and-roll occasionally with a band, and he built his own house. Otherwise, he devotes himself to writing. In 1997, he won the Vicky Metcalf Award from the Canadian Author’s Association for his body of work, and last year was presented with the Order of Canada. 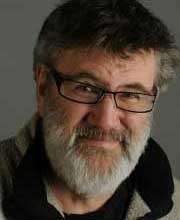 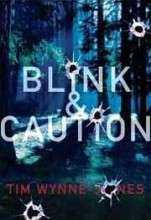