Tima Kurdi lost nephews and sister-in-law after their ship capsized while the family was trying to flee the Syrian war. The image of the youngest, Alan, lying on a Turkish beach came to symbolize the Syrian refugee crisis. In the aftermath, Tima has become the public face of the harrowing costs of the war in Syria and has captured her experiences in the memoir, The Boy on the Beach: My Family’s Escape from Syria and Our Hope for a New Home. “One of the most important books I have ever read,” says author Amanda Lindhout, “it is both a call to action and a sobering reminder of what has already been lost.”

Tima now travels the world petitioning governments to do more to help refugees and end the war in Syria and she challenges immigration opponents who claim that limiting immigration will make Canada and the U.S. safer from terrorism. “People should understand those refugees, they’ve been forced from their country because of the war,” Tima has explained. “They are fleeing from terrorists.”

She and her brother Abdullah, Alan’s father, co-founded the Kurdi Foundation, dedicated to helping the more than 10 million refugees around the world who are younger than 18. Tima lives in Coquitlam, B.C.

Appearing in: The Boy in the Photo: Life in Syria and the Refugee Crisis 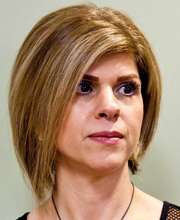