Timothy Taylor’s The Blue Light Project was one of the most eagerly anticipated releases of the 2011 season. An ambitious, engrossing novel about the clash of art and advertising, the cultish grip of celebrity, and the intense connections that form in times of crisis, it richly rewards expectations. “Part politico–thriller, part  urban romance, part cautionary tale, The Blue Light Project offers up an unforgettable portrait of the city as living being,” says novelist Alissa York, while J.C. Sutcliffe, writing in the Globe and Mail, predicts that Timothy “will one day be a Canadian icon.”

Now an acknowledged prose master in both fiction and nonfiction, Timothy took an unusual route to becoming a professional writer. After completing an economics degree at the University of Alberta and an MBA at the Queen’s School of Business, he worked for four years in commercial banking. But having known since childhood that he wanted to write, he eventually decided to give it a try. Readers are fortunate that he did.

His first novel, Stanley Park, was shortlisted for the Giller Prize, the City of Vancouver Book Award, the Ethel Wilson Award and the Rogers Writers’ Trust Fiction Prize. The National Post praised the “tour de force writing” of his second novel, Story House, adding that “Taylor is a master of the dramatic in medas res and abrupt transition…he deserves all his accolades, and then some.”

The recipient of several National and Western Magazine Awards for his nonfiction, Timothy also won the prestigious Journey Prize for short fiction, and is the only writer to have had three of his stories included in one Journey Prize collection.

Currently, Timothy is the Big Ideas columnist for the Globe and Mail’s Report on Business Magazine, as well as contributing editor at En Route and Vancouver magazines. He makes his home in Vancouver. 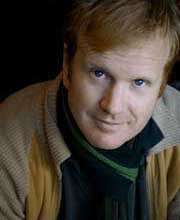 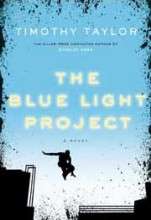