Tom Marshall was born in Niagara Falls, but he lived in Kingston for most of his adult life. He studied at Queen’s University, and then became a professor there, serving as a mentor to a generation of poets and holding the centre of Kingston’s burgeoning literary community for more than 20 years, until he died suddenly at his home on Victoria Street in 1993.

Now Michael Ondaatje and David Helwig, long-time friends of Tom’s, are helping to introduce him to a new generation of readers with The Essential Tom Marshall, an edition of selected poems, the ninth in Porcupine Quill’s “Essential” series which celebrates Canadian poets and presents their work in a succinct and beautiful book.

The city of Kingston was prominent in Tom’s personal and imaginative universe. “Marine city of my dreams,” he called it.

“Anyone reading his early poems will learn the details of his daily life, as he passed through that rackety, half-gentrified core of the limestone city searching out the mystic fire at the edge of things,” write the editors in the collection’s Foreword.

Marshall was an early member of both The Writer’s Union and The League of Canadian Poets. He edited influential periodicals such as Quarry and Canadian Forum and founded Quarry Press. He also produced seven works of fiction, including the novels Rosemary Gaol and Adele at the End of the Day; four critical works, including Multiple Exposures, Promised Lands: Essays on Canadian Poetry and Fiction; and 10 collections of poetry, including The Elements, which was a compilation of his first four books. According to his editors, Tom Marshall’s final collection of poetry, Some Impossible Heaven of the Senses, “was assembled from material found in his files after his death, some of it highly personal and more direct than the earlier poems, and it included poems that he had kept on hand but not published.”

“Everyone likes to believe that the best of poetry will endure,” write Ondaatje and Helwig, “but it doesn’t do so without help. Perhaps this collection, assembled by two old friends as a small act of affection and loyalty, will help to bring Tom back as a living voice.” 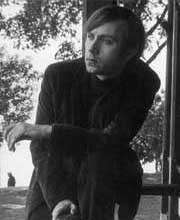 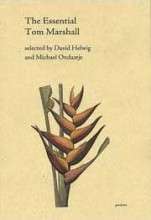