Tracey Lindberg is Cree and Metis from northern Alberta. A graduate of the University of Saskatchewan College of Law, she is the first Aboriginal woman in Canada to complete her graduate law degree at Harvard University. She is thought to be the first Aboriginal woman to receive a doctorate in law from a Canadian University as well, having received the Governor General’s Award in 2007 upon convocation for her dissertation Critical Indigenous Legal Theory.

Tracey’s acclaimed debut novel, Birdie, is a darkly comic (the Globe and Mail called it “funny as hell”) story about “the universal experience of recovering from wounds of the past, informed by the lore and knowledge of Cree traditions”. It made the 2016 CBC Canada Reads shortlist, the 2015  National Post 99 Best Books and CBC Best Books lists, and the Alberta Reader’s Choice Award shortlist. 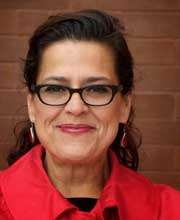