Trevor Cole has been called “one of the best young novelists in Canada” by The Globe and Mail. He has worked everywhere from a factory floor to the boardroom of a national newspaper. Since 1982 he’s made his living from words, first as a radio copywriter, typing out 30–second spots for bun shops, furriers and Nissan dealerships, then as a magazine editor, then as an award–winning journalist.

Aside from an eight–month detour as The Globe and Mail travel editor, he spent 14 years in the newspaper’s magazine division. Upon leaving the Globe in 2001 he wrote a fortnightly satirical column for Canadian Business, which for two years existed as a notorious irritant to many of Canada’s most prominent business leaders. In his work as a magazine writer, Trevor has won nine National Magazine Awards, including three gold medals.

For the last decade or so Trevor has devoted most of his energies to fiction. His first novel, Norman Bray in the Performance of His Life, garnered enormous acclaim. It appeared on the Maclean’s bestseller list, was adapted for radio and audio book, was short–listed for a Governor General’s Literary award and the
Commonwealth Writer’s Prize for Best First Book for Canada and the Caribbean, and was long–listed for the IMPAC Dublin Literary Award. His second novel, The Fearsome Particles, earned Trevor his second Governor General’s award nomination, and his second appearance on the long list for the IMPAC.

Practical Jean is his third novel, and it is possibly “the blackest comedy ever written about the white middle class,” writes Bill Richardson. “Hilarious and heartbreaking, piquant and poignant…. Trevor Cole has deeded us an outstanding novel and done, memorably, what no one else has yet managed: taken the too–touted quality of practicality by the scruff and given it a killing shake.” 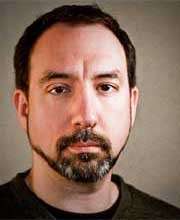 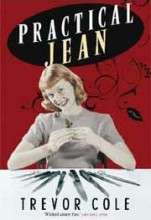