“When I decided to write crime,” says Trevor Ferguson “I made a conscious decision write the same way as a literary novel: to rely on intuition, not to figure out everything ahead of time… I want to start from nothing, which means if I have an idea I get rid of it… I don’t want my conscious mind manipulating or directing the process.”

Trevor is the critically acclaimed literary novelist of over a dozen books and plays including The Timekeeper, High Water Chants, Onyx John, and The Fire Line. The Timekeeper won the Hugh MacLennan Prize for Fiction and was developed into a film.

Under his pen name, John Farrow, he has enjoyed equally high praise for his mystery novels featuring the moody detective Émil Cinq-Mars. Published in 17 countries, the series was hailed by Booklist as one of the best in crime fiction today, while German newspaper Die Zeit declared it the best of all time.

Perish the Day is the final book in the Storm Murders trilogy. Author Lee Child calls it “the best yet”, and Publisher’s Weekly gave it a starred review, calling it a pleasing “pitting of his well-rounded lead against a puzzle worthy of the detective’s acuity.” 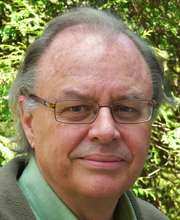