Trevor Strong’s name may not raise a chuckle, but mention The Arrogant Worms, and you can’t help but smile.

In the early 1990s, while a student at Queen’s University, Trevor and his band mates formed The Arrogant Worms to play for campus radio. Thirteen CDs later, the music-comedy group continues to tour and entertain fans across the country. The band has sold more than 150,000 copies of their recordings and has toured on three continents. In 2003, The Arrogant Worms were recognized as the Touring Act of the year by the Canadian Arts Presenters Association.

In 2005, Trevor published Get Stupid! a self-help book that teaches the “Ignorance IS Bliss method” of achieving happiness through a simple seven-step process of absolute stupidity. Recently, Trevor reworked the kindly stories from his childhood to produce Very Grimm Fairy Tales, a collection of twenty twisted fables that explore the world in all its unforgiving ways, from “Eugene the Sensitive Troll,” about the difficulty of fitting in, to the burden of a terrible secret in “The Flatulent Prince.”

Trevor fronts the Kingston band, Trevor Strong and the Line of Credit, which will release its first album this summer. He also writes songs for hire, in between his studies in the M.Ed. program at Queen’s University. He often conducts comedy and song-writing workshops. Trevor likes to pretend that he’s always lived in Kingston, although he grew up in Belleville, Ontario. He is working on a novel about a fairly decent bass player. 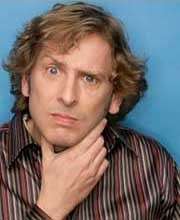