Victor Suthren is a writer and historian with a special interest in maritime history. He is a frequent advisor to film and television productions and has penned over a dozen books of historical non-fiction and historical sea fiction, including The Island of Canada: How Three Oceans Shaped Our Nation; the Paul Gallant Saga Books, and the Mainwaring Series.

Victor was born in Montreal, and attended Bishop’s, McGill and Concordia universities before joining the Canadian Public Service in 1971. He started work at the Canadian War Museum in Ottawa five years later, and served as Director General of from 1986 to 1998. He was appointed an Honorary Captain in the Canadian Navy upon his retirement, and has voyaged extensively as a seaman in traditional “tall ships”.

His new book, Black Flag of the North: Bartholomew Roberts, King of the Atlantic Pirates tells the incredible true story of “Black Bart”, a tall, dark, and handsome pirate, who wore fine velvets and lace, and burst from the waters of early Canada to become a terror of the seas. Radio Canada International calls the book “a most interesting, informative, and entertaining look at an all too often mythologizes the pirates in the age of sail.”

Victor lives in Merrickville, Ontario with his wife Lindsay.

Appearing in: Piracy on the High Seas: The True History of Bartholomew Roberts 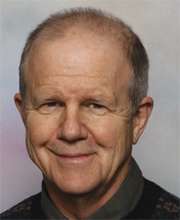