Vincent is the youngest writer, and the only first–time author, to win the Scotiabank Giller Prize. Little wonder then that his debut novel, The Headmaster’s Wager, was declared one of the most anticipated novels for 2012.His celebrated short story collection, Bloodletting & Miraculous Cures, was based in part on his own experiences as a medical student and emergency room physician. In his new work, he again draws his material from close to home, this time to his own family history in Vietnam.

Set against the backdrop of the Vietnam War, The Headmaster’s Wager follows Percival Chen, the rakish headmaster of an exclusive English school in Saigon whose life is transformed when his son runs afoul of the country’s authorities He sends his son away, and turns for solace to the beautiful Jacqueline, but when a son Laing Jai, is born on the eve of the Tet offensive, he is forced to confront the consequences of his dissolute ways.

Vincent’s astonishing debut as a writer did not make him give up his day job as an emergency room doctor, even after winning the Giller and selling the rights to Shaftesbury Films to develop the book into a TV drama series for TMN.  His interest in medicine led him to write Tommy Douglas, a biography of the father of socialized medicine in Canada, one in the Extraordinary Canadians series published by Penguin.

Vincent grew up wanting to be a writer and doctor both. His two career aspirations came together during a cruise to the Arctic on which he was the ship’s doctor and Margaret Atwood was a literary guest. He asked her to read his stories, she encouraged him to publish and the rest is history. As another Canadian literary icon, Alice Munro, says of Vincent, he writes “incisive, clear prose as faultless as a carefully stitched suture.”

Vincent was raised reading C.S. Lewis and Roald Dahl and listening to his father’s stories, which sparked his aspiration to become a writer. He lives in Toronto with his wife, Margarida, a physician in family practice, and their son. He continues to write and to work as an emergency room physician. He also lectures at the University of Toronto. 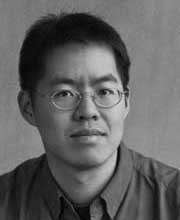 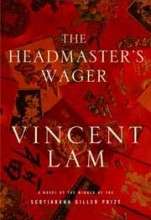