Dr. Vincent Lam brings a novelist’s eye to his profession. “An emergency physician is often in the centre of a storm of tensions and drama,” he says. “We work in a world that is both medical and personal, where the stakes are high and events are unpredictable.”

While crafting his debut collection of short stories, Vincent worked in the emergency room at Toronto East General Hospital and helped fight the 2003 SARS outbreak. His depiction of four medical students who become doctors in Bloodletting & Miraculous Cures was so unique and accomplished that the collection won the 2006 Scotiabank Giller Prize—Canada’s most prestigious literary award. He is the only first–time author to win it.

“Bloodletting and Miraculous Cures radiates the confidence you expect from a man whose other job is to make stalled hearts start,” the Globe and Mail wrote. Shaftesbury Films developed the book into a TV drama series for The Movie Network.

Vincent, whose family is from the expatriate Chinese community of Vietnam, was born in London, Ontario, in 1974. He grew up in Ottawa, where he was raised listening to his father’s stories and reading C.S. Lewis and Roald Dahl, which sparked his aspiration to become a writer.

He enrolled in medical school at the University of Toronto, guided by the hope he’d gain real–life experience and a wealth of rich material for his writing. “I wanted to know about people’s stories, what was going on in their lives, so medicine seemed like natural choice,” Vincent says.

His latest book, entitled Tommy Douglas, was released in spring 2011. The Globe and Mail described the bestseller as “a thoughtful, balanced, lucid assessment.”

Vincent lives in Toronto’s Riverdale neighbourhood with his wife, Margarida, a physician in family practice, and their son. He continues to write and to work as an emergency room physician, and also lectures at the University of Toronto. 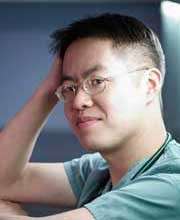 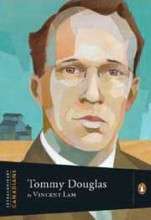