You already love Wallace Edwards. Really, you do. If there aren’t children in your house, you might think you don’t know who he is, but once you see some of his illustrations, you’ll find the memory of yourself in a library or a bookstore flipping the pages of Alphabeasts: “C is for cat, who reflects on itself” and “I is for Ibis, arranging some pears” or Cat’s Pajamas with its illustrated idioms and hidden felines. The natural world is there, up close and mixed so cleverly with the modern world we know so well. Edwards has a style that sticks in the mind. The Extinct Files, Mixed Beasts, Monkey Business, and The Painted Circus live in treasured places on bookcases and in the minds of readers.

Wallace, educated at the Ontario College of Art, has illustrated for the Toronto Zoo and for Environment Canada. As an artist and a person, he loves the natural world, not as he imagines it, but as it is. When he draws a polychaete worm, it looks like a polychaete worm. When he draws the hairs on a pig’s snout, they look like the hairs on a pig’s snout. This detailed attention to accuracy doesn’t dissipate when he turns his skills to books for children. Wallace’s illustrations are remarkably detailed, meticulously realistic, and thoroughly imaginative. Each one is a painstakingly crafted labour of love.

Wallace won the 2002 Governor General’s award for Alphabeasts; the 2004 Ruth and Sylvia Schwartz Children’s Book Award and the Amelia Frances Howard-Gibbon Illustrator’s Award for Monkey Business; and a 2007 Independent Publisher Gold Medal for best children’s picture book, age 7 & over, for The Extinct Files. His latest, Uncle Wally’s Old Brown Shoe, is sure to add to his trophies.

Wallace Edwards writes and draws in Yarker, Ontario. He often visits schools, where he shows slides of his work (as well as originals), reads and talks about the process of making a book. 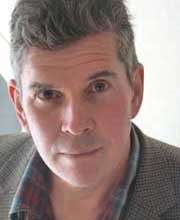 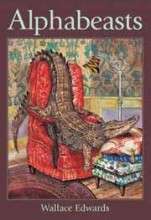 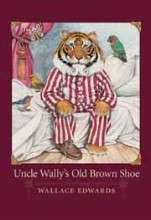