“I wanted to explore my family, on both sides of the ocean, and how I fit within that family,” says Wanda Praamsma of her debut poetry collection, a thin line between. “Art and love and death emerged from that.”

Most of Wanda’s lyrical, associative long poem was written in three months while she lived in Amsterdam. “I think that contributes to the rush. I also had the whoosh of bicycles at my back. This rhythmic motion—legs pumping, wheels spinning—pushing me. A force. As long as I kept writing, it kept pushing. Listening was key.”

a thin line between crafts a story that transcends geographic boundaries and time periods, weaving together lives from her own family’s past. What emerges is a poignant, and at times humorous portrait of a Dutch-Canadian family, and a close look into a young woman’s exploration of her own being and creative life. It’s also an intimate and oblique portrait of a major Dutch poet, Bert Schierbeek, who is Wanda’s grandfather.

“a thin line between lives up to [its] promise—it has plenty of fizz,” wrote Toronto Star. “It is [a book] about following lines — of heritage, of thought, of desire—and where those lines might lead,” said The Kingston Whig-Standard.

Wanda, who grew up in the Ottawa valley, has worked, studied, and lived at various points in Salamanca, Spain, Santiago, Chile, and Amsterdam, The Netherlands, and has travelled to many places in between and beyond, including Cuba, India, and the Balkans.

She lives in Kingston, Ontario with her partner and young son, and was a participant in the 2014 “Stitch and Stanza” exhibition held as part of Kingston WritersFest.

Appearing in 48. Personal to Universal: Poetry 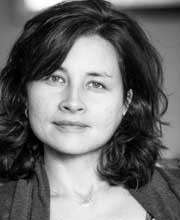 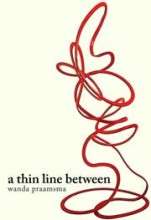