Wayne Johnston has a knack for turning out best sellers and his ninth novel, The Son of a Certain Woman, is sure to follow suit, as it is one of the most anticipated novels of the fall season.

Wayne published his first novel, The Story of Bob O’Malley, in 1985 and with it came his first taste of literary success – the WH Smith/Books in Canada First Novel award.

Thirteen years later, he published what proved to be his break-out novel. The Colony of Unrequited Dreams was shortlisted for both the Scotiabank Giller Prize and the Governor General’s Award. It resurged into the public eye in 2003 when Justin Trudeau championed it on CBC’s Canada Reads.

Wayne was born and raised in Newfoundland, which is never far from the centre of his books. “The island of fog and rock is the one constant character, a looming physical and emotional landscape in which the human events take place,” writes Andrew Pyper in Quill & Quire.

Before committing to the writing life, Wayne was a reporter at the St. John’s Daily News. His circadian rhythm is slightly askew and on his website he describes how he writes in a “sound-proofed bunker” in his basement. “I have a low tolerance for noise, one of the reasons that I prefer to write at night – sometimes all night,” he says.

In 2011, Wayne won the Writers’ Trust Engle/Findley Award, in recognition of the breadth of his contribution to Canadian literature. That same year, A World Elsewhere was longlisted for the Scotiabank Giller Prize. “Johnston’s facility for inventing characters we worry about, and one we even loathe, along with a gift for word play that’s at once witty and poignant make A World Elsewhere a world well worth inhabiting,” said Joel Yanofsky of the Montreal Gazette.

A former ball-hockey champion and pre-med student, Wayne currently lives in Toronto, far from the sea. 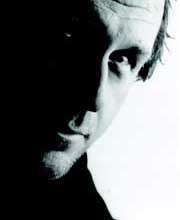 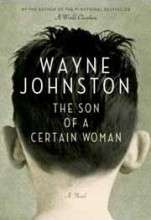