While hovering near death in hospital, Wayson Choy received some unusual visitors. “Two ghosts showed up, very Chinatown-style,” he recalls. “This shocked me because the opening line of the manuscript I was working on was, “Ghosts are everywhere, but I do not believe in them.””

Ultimately, the manuscript became Not Yet: A Memoir of Living and Almost Dying. It is framed by Wayson’s two near-deaths due to heart attacks suffered four years apart, and is populated by ancestral spirits. “A harrowing, enthralling and incandescent memoir,” writes the Edmonton Journal. “A work that blends tension and sadness with joy and contemplation.”

Wayson, raised in Vancouver’s Chinatown by both his adoptive parents and his extended community, often illuminates the first-generation immigrant experience in his work. He came to national renown with his first novel, The Jade Peony, which was on The Globe and Mail bestseller list for six months and won the City of Vancouver Book Award and the Trillium Book Award, which he shared with Margaret Atwood. It was a Canada Reads selection in 2010, and appears on high school curricula across the country.

Wayson is a member of the Order of Canada, a finalist for the Scotiabank Giller Prize, and winner of the 2004 Trillium Book Award for his third book, All That Matters. He lives in Toronto’s Riverdale neighbourhood. 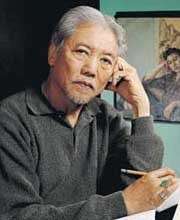 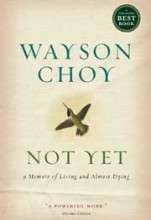 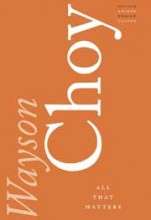