Award-winning children’s author Wesley King’s books usually take place in outer space (growing up, Wesley wanted to be a Jedi).  Wesley’s first book, The Vindico, married his love of space, fantasy, and superheroes into an exuberant, action-packed story about a group of teens who can acquire any superpower they want—as long as they pledge allegiance to one of the world’s most notorious villains.

Last year’s The Incredible Space Raiders from Space!, takes readers on an important mission: to venture into the Dark Zone and save the universe from the Entirely Evil Things. “Full of exciting chases and clever battle strategies. If readers wanted to describe this book in Internet terms, they would be emoticons: wide-eyed surprise, tears at a few late revelations, and many smiley faces at the end,” says Kirkus Review.

This year he is back by popular demand with something different. OCDaniel is about a likeable eighth grader whose life revolves around hiding his obsessive-compulsive disorder while dealing with school, sports, friends, and—unexpectedly—mystery solving!

Wesley lives and writes in Oshawa, Ontario, where he spends most of his time in imagined universes of superpowered children, dying stars, and dystopian fantasy realms. 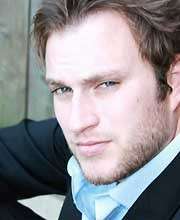